CLC’s founding CEO Jouni Keronen retires: “We have achieved a lot, but much more remains to be done

On August 17, 2022 Climate Leadership Coalition hosted an event to celebrate the retirement of its founding CEO Jouni Keronen and to go through CLC’s achievements and to discuss on future challenges. The retirement event gathered over 120 CLC’s members and partners from businesses, academia, NGO’s, arts and sports.

Jouni Keronen led CLC from its foundation in 2014 until the spring of 2022. Keronen is a Doctor of Technology and an MBA who has during his career focused his work on climate change mitigation, developing energy technologies, and the deployment of IT in the energy business. After retirement Keronen continues his CLC career as the Co-Chair of CLC’s Advisory Board.

After its foundation in 2014 CLC has become the largest climate business network in Europe, has impacted EU climate policies and has initiated global campaigns like Call on Carbon and International Carbon Handprint Award. In addition, CLC has published a book At the Crossroads to describe the reasons behind the climate change and how it can be mitigated and CLC was invited to write an article to Pope Francis’ Laudato Si Reader – book on how businesses are developing climate solutions.

During the evening over 30 event participants delivered remarks commemorating Jouni Keronen’s role and achievements as a trailblazing climate influencer.

“Climate change has proceeded too far. The main problem is that the melting of ice in the glaciers will continue hundreds or thousands of years. In addition to green-house gas emissions there is a major need to remove carbon from the atmosphere. It is encouraging that private sector has become interested and brought many solutions for climate mitigation. CLC and Jouni has done a great work in this area”, said Petteri Taalas, Secretary General, World Meteorological Organisation.

”It has been a pleasure to notice that countries have been able to react to recent crises rapidly and that the saying “if there is a will, there is a way” is still valid. This gives hope also in the climate crisis – if we want, we can do it. Jouni and CLC have accelerated the speed for developing climate solutions and it will be important to keep this speed also in the future”, said Pekka Haavisto, Minister for Foreign Affairs, Finland

“CLC started in 2014 as a Finland based organization and rapidly grew to become an international influencer. This has been possible by a progressive vision, courage, excellent substance knowledge, energy, and passion by Jouni affecting us all”, said Pertti Korhonen, first Chairman of the CLC board.

“When CLC started we made ourselves three questions. Do we as industry or company contribute towards a better world? Can we be both profitable and sustainable at the same time? What kind of transformation is needed in our respective industries to be able to answer yes to both questions? We came to the conclusion that a large shift in our current economic thinking and paradigm is needed and we need a systemic solution whereby market economy is transformed to deliver fast, profitable and financeable results. This sounded as an impossible dream, but it is now less impossible than eight years ago”, said Henrik Ehrnrooth, second Chairman of CLC board thanking Jouni Keronen for his leadership.

“CLC and Jouni have built incredible international network including the European Commission. This has enabled CLC to have an impact to several climate issues. CLC has a strong legacy, and we are in an excellent position to continue from here”, said Jyrki Katainen, Vice Chairman of the CLC board.

The Professor of  Aerosol and Environmental Physics Markku Kulmala informed that the University of Helsinki has invited Jouni Keronen to join the university as a Professor of Practice at the Faculty of Science. He will start November 1, 2022. The remit of Keronen’s professorship will be global challenges and especially the development of carbon cycles to mitigate climate change.

The retirement event was concluded by Ambrosius, Emeritus Metropolitan of the Orthodox Diocese of Helsinki who wished blessings for CLC and its partners.

“I was pleased to hear that we have succeeded to collaborate productively with so many parties. It is good time to retire when CLC with its network is stronger than ever”, said Jouni Keronen, wishing well for his successors. 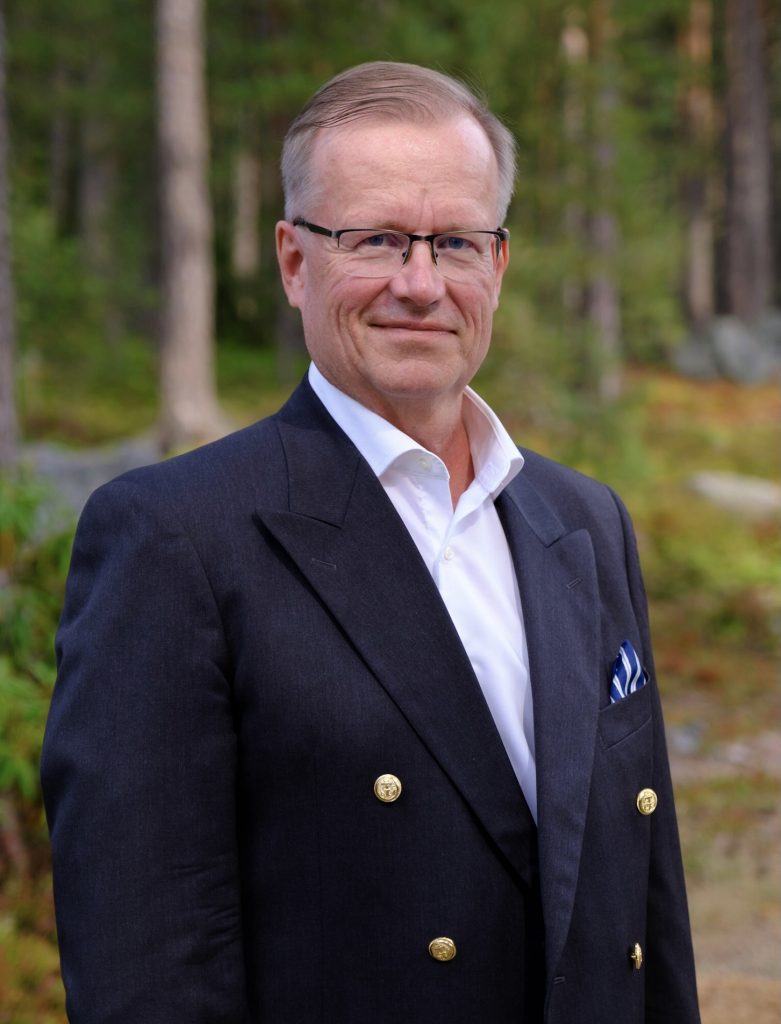 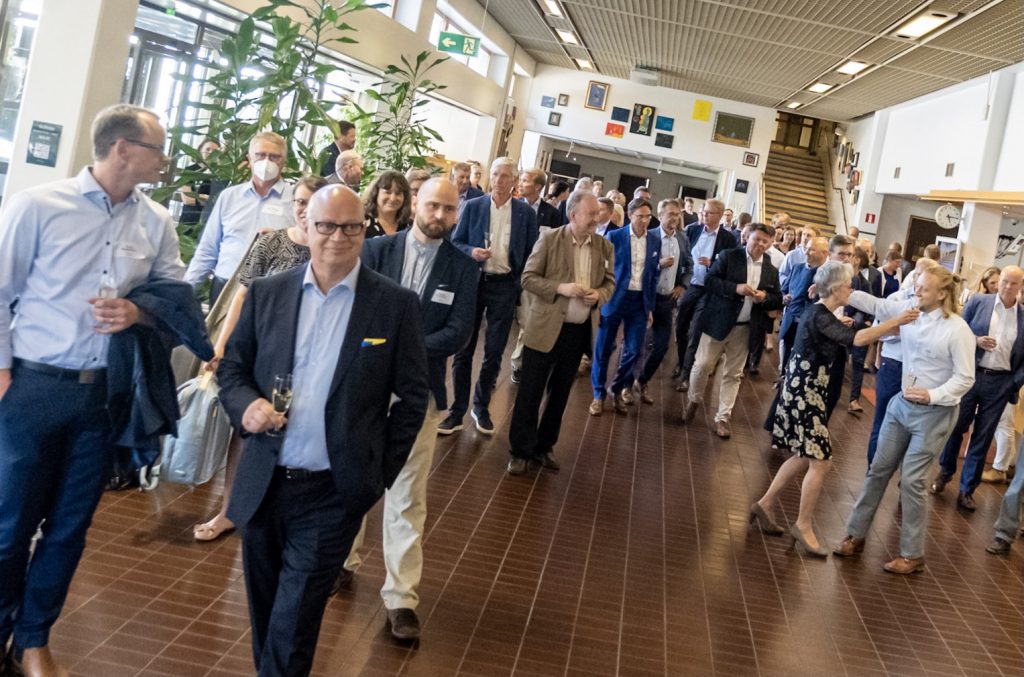 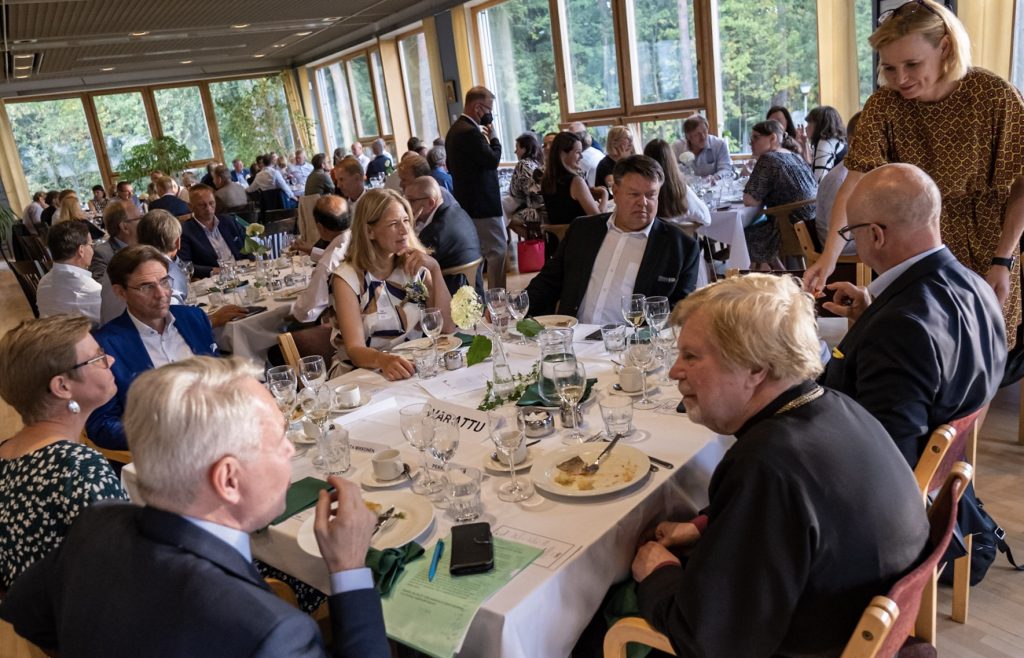 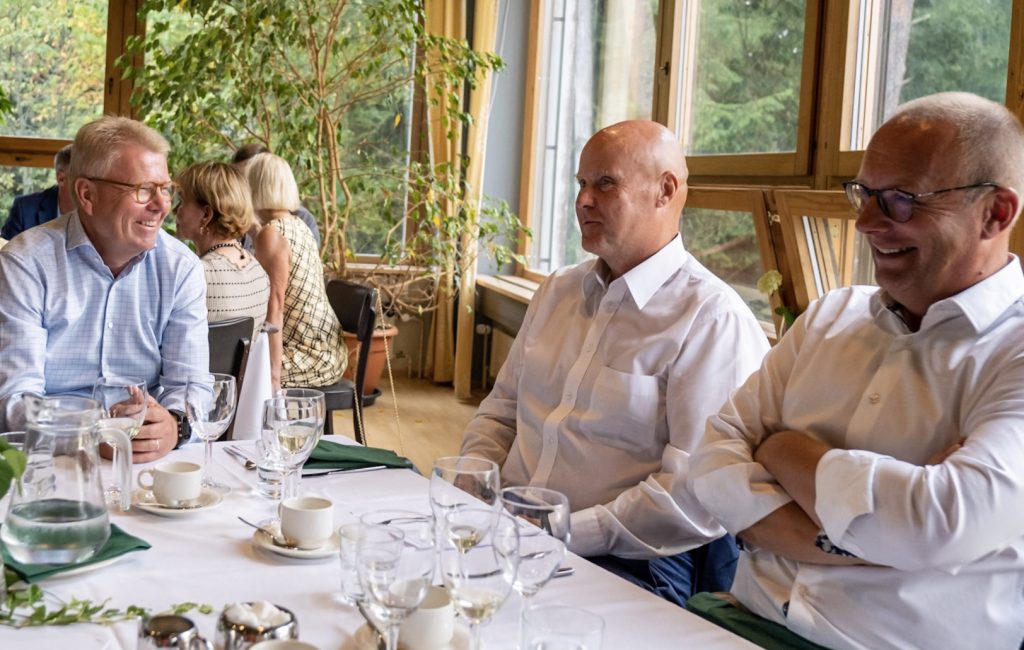 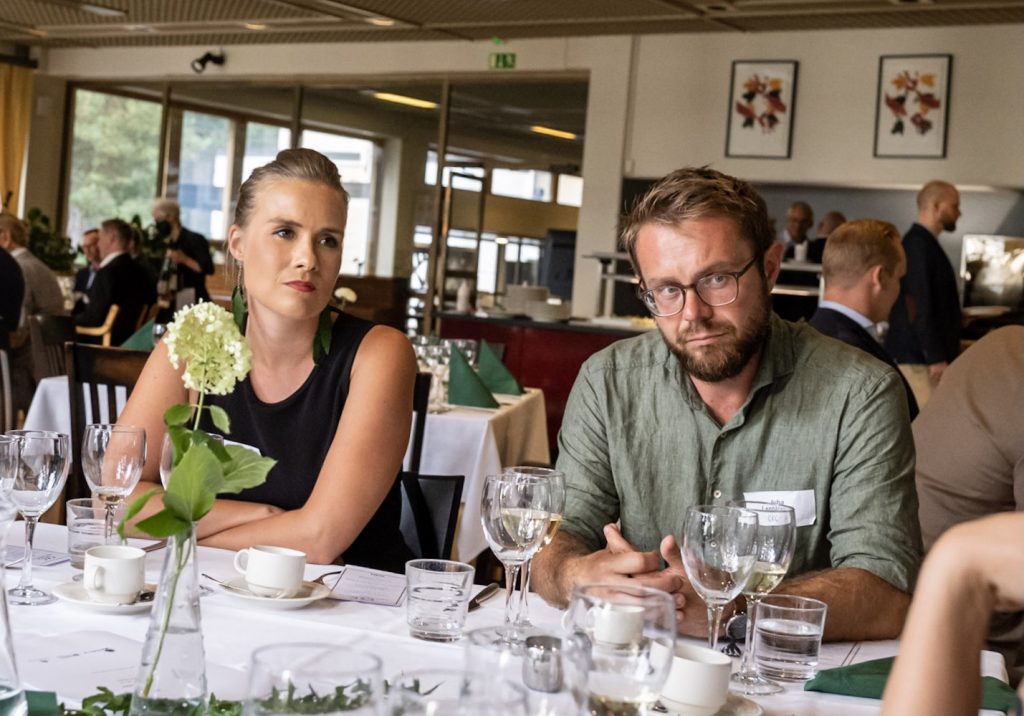 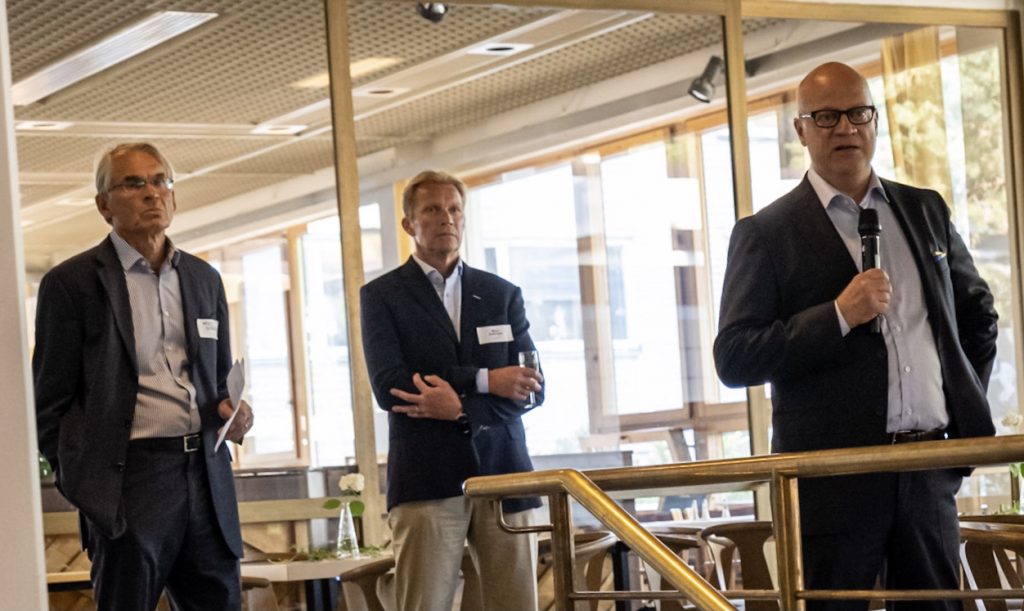 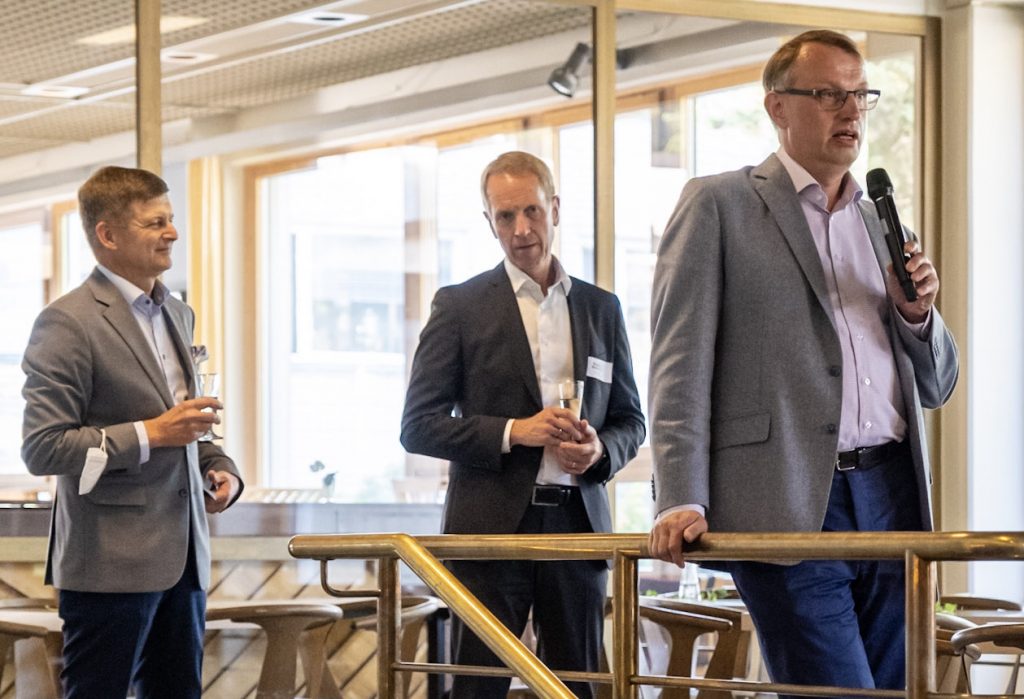 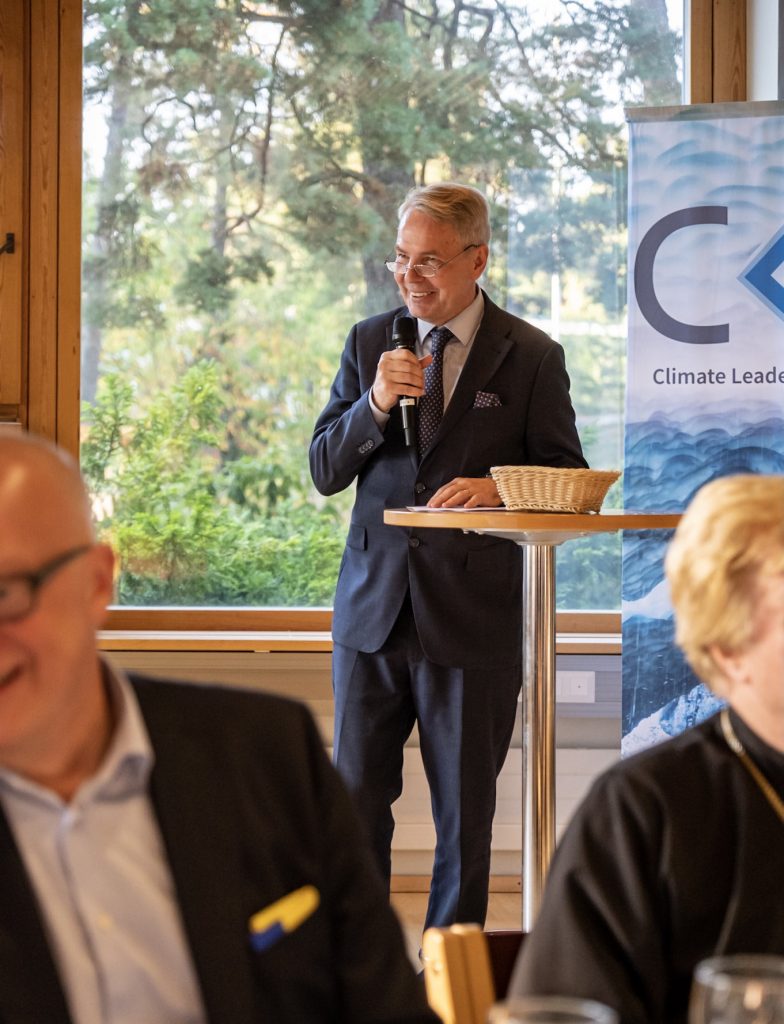 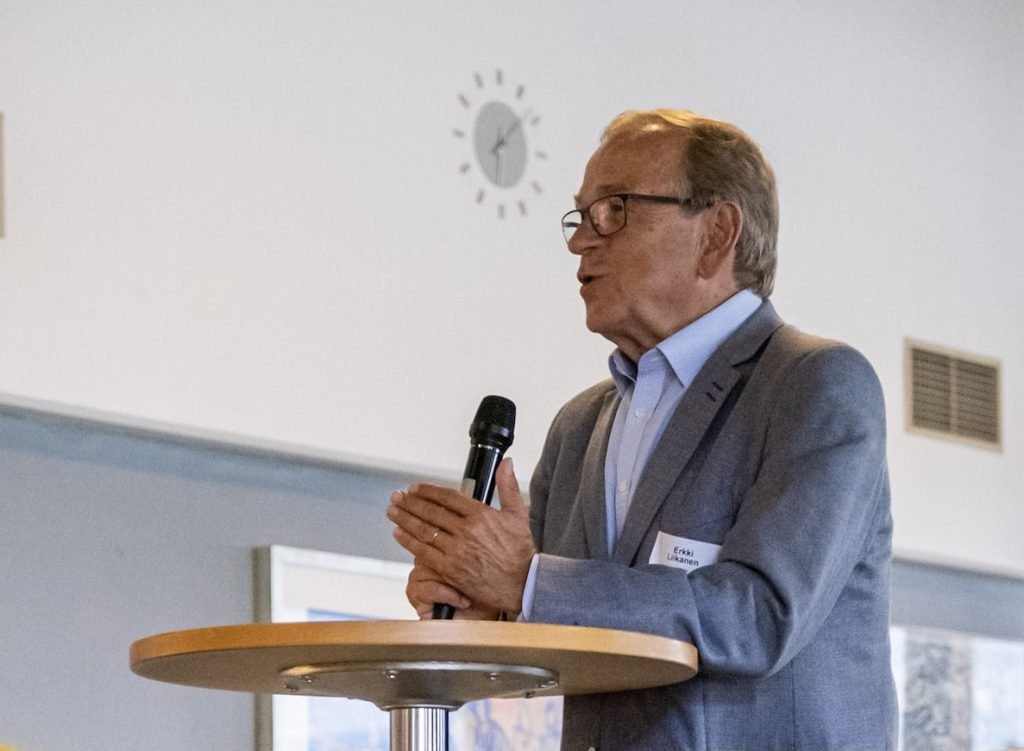 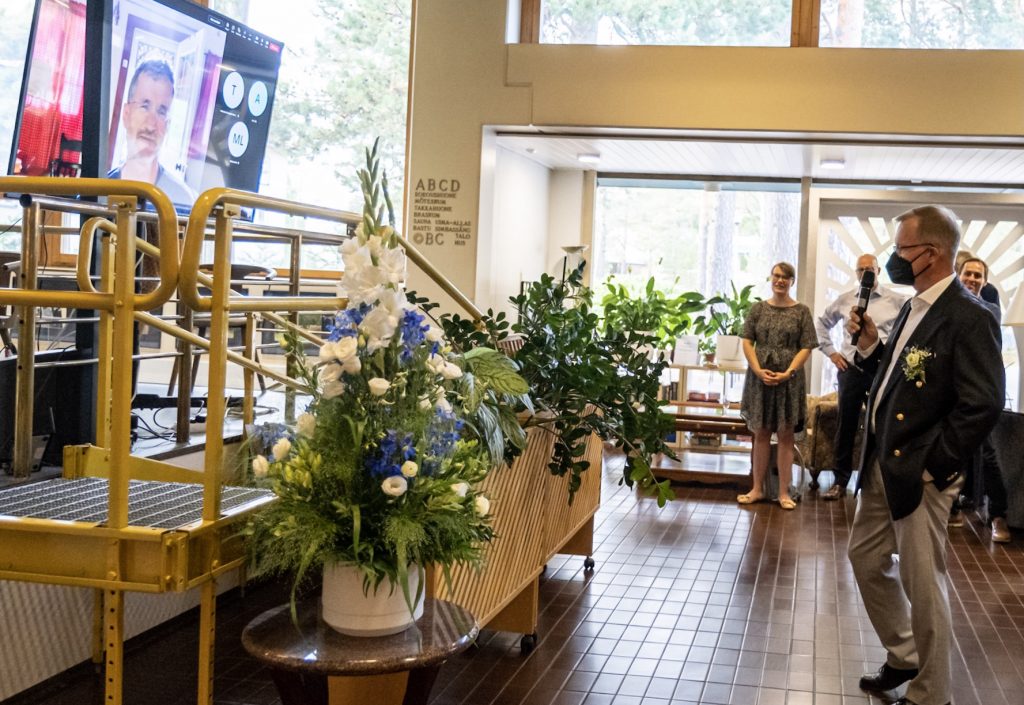 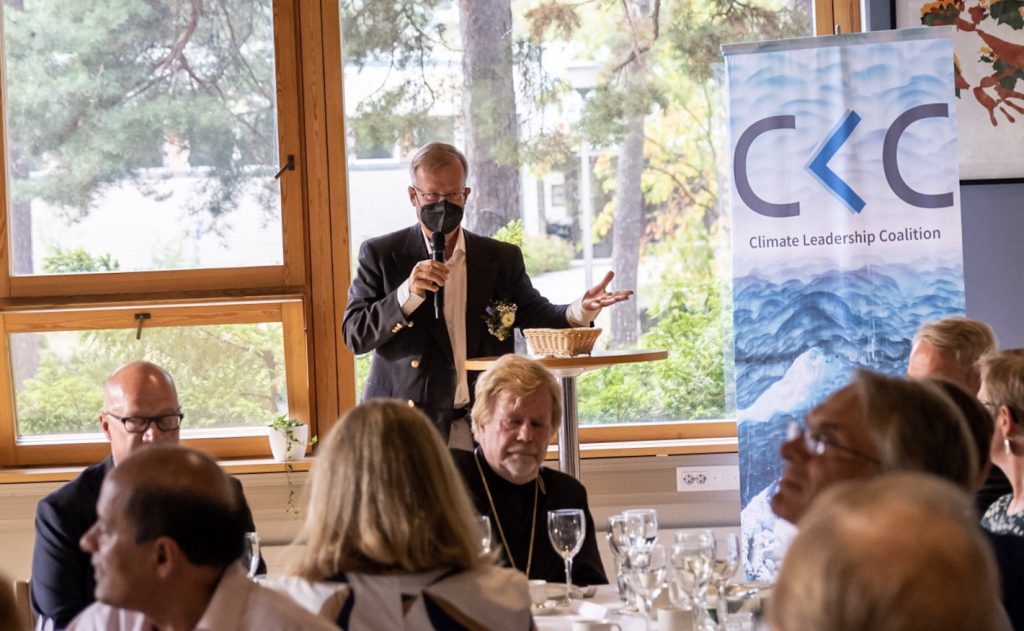 “It is a good time to retire when CLC with its network is stronger than ever,” said Jouni Keronen, wishing his successors well. 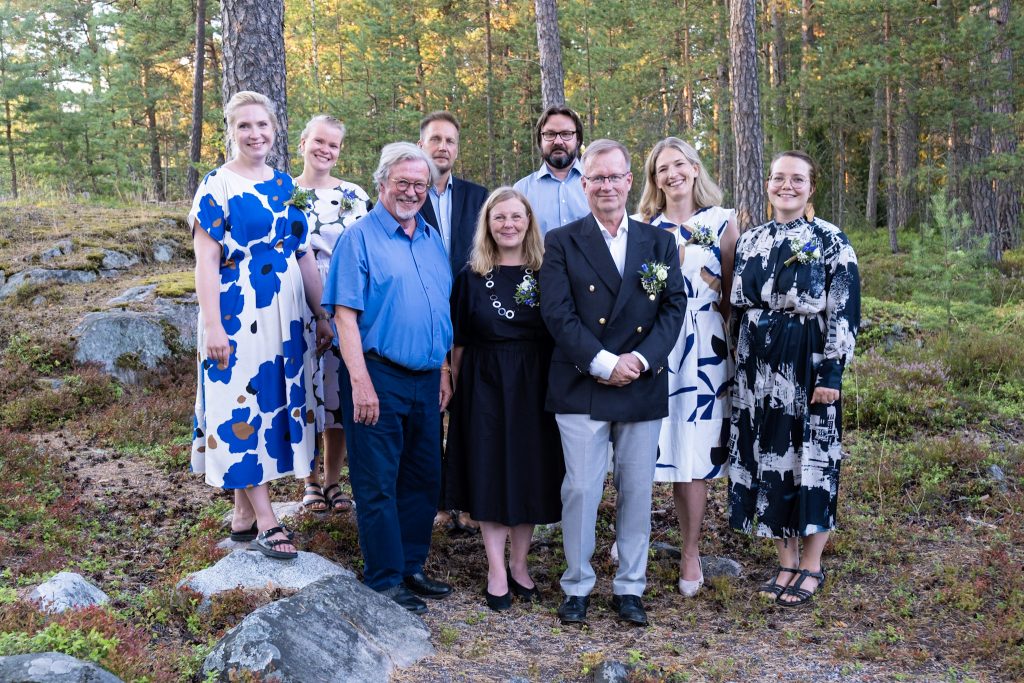 Jouni Keronen and CLC’s staff continue to work together as Keronen serves as the Co-Chair of CLC’s Arvisory Board.